Born in Poland and currently living in Vienna, Austria. 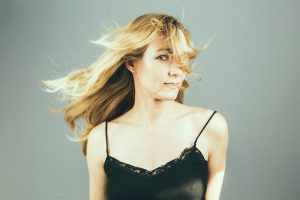 Aleksandra began her acting career at the age of six.

She has worked in Poland for a long time and for the past years also in Germany, Austria and in Los Angeles.

She has since been working with renowned directors and artists, uncompromising in her choice of theatrical and film roles. She has played in comedies, tragedies, horror, costume dramas and contemporary movies. As well as being involved in classic theatre productions, she has also worked in the alternative and fringe theatre scenes.

Aleksandra has received numerous theatre and film awards for her performances. A leading role in the critically acclaimed film Hagazussa by director Lukas Feigelfeld brought her international recognition as well as a Best Actress award at the 34th Phenomena Festival in Brazil.

Critics emphasize her uncompromising artistic attitude, her courage to take on new challenges and her extraordinary adaptability, physical engagement and acting instinct. They have called her “the actress for special assignments”.

Aleksandra Cwen regards herself as a strong woman whose success is based on qualities like openness, honesty and hard work, a great temperament and a firm confidence in her abilities.

She speaks English and German fluently.